Home World I will respect the recommendations of the Venice Commission, but we need... 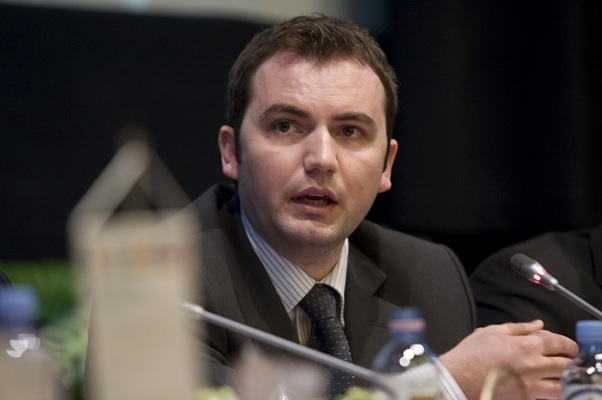 We will respect the remarks of the Venice Commission on the Law on Use of Languages through capacity building so that the implementation of bilingualism does not create problems in the society, Deputy PM for European Affairs Bujar Osmani said after the launch of the European Infrastructure Solidarity program at the EU InfoCentre.

According to him, this can be done through capacity building in the judiciary, in the administration, so that the Albanian citizens can use their language in communication with the state and be understood by the state.

According to Osmani, there may be different interpretations of how these remarks will be implemented. The Venice Commission said that bilingualism should not cause problems in the judiciary due to lack of capacity. Therefore, our approach will be through good action plans to build capacity in order bilingualism can be easily implemented and not cause any problems in the judiciary. As is the right to language important, so is the rule of law, Osmani told reporters following the launch of the “European Solidarity Corps” programme at the EU InfoCentre

He said that the there are no major difference concerning the positions of the ruling coalition partners DUI and SDSM on this issue.

“I think the positions are similar. The latest statements by PM Zoran Zaev and Deputy PM and Defense Minister Radmila Shekerinska are similar to our positions that there will be no opening of the language issue, as there will be no opening of the matter of the Prespa Agreement, the friendship treaty with Bulgaria and it will be the same with the language,” Osmani said.

He said that there is no need to change the Language Law, but ways of implementing Venice Commission’s opinion should be found.

“The three documents, which are the basis of statehood, the Prespa Agreement, the friendship treaty with Bulgaria and the Language Law, are documents that are irreversible and will not be subject to any changes or modifications, either direct or indirect. However, we have to find a way to implement the Venice Commission’s opinion to build capacity so that the implementation of bilingualism does not create problems in the society,” said Osmani.