Home Macedonia According to Makraduli the air is clean, the problem is in the... 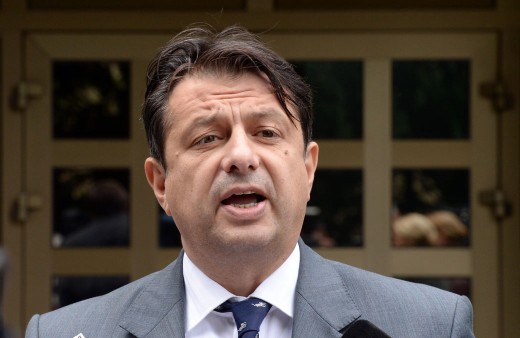 Deputy Environment Minister Jani Makraduli rejects the claim that Skopje is regularly among the five most polluted cities in the world. According to him, measurements by the State Monitoring Center show that in October, November and December 2019, compared to the past five years, the country has drastically lower air pollution. He considers air measurement data that often appears on social media is inaccurate.

“Like all EU member states, we do the data and policy definition on the state monitoring system and the instruments that cost a lot of money. Creating a policy with “Ali Express” sensors can only cause panic among citizens. I’m not saying there is no pollution, but there is no need to declare an alarming situation in the city. This year it is not as polluted as previous years, because together, coordinated and thanks to the increased awareness of the citizens, and with the activities of the central and local government, we have fewer polluting facilities. And nowhere in the world is there any other solution to air pollution other than eliminating sources of pollution”, Makraduli said.

On allegations that Macedonia is importing hazardous waste, he said everything was legal.

“The country is part of the world conventions that have ratified and regulated those things.  Let’s first distinguish whether we are talking about waste, or hazardous waste, or incinerated waste. The Ministry of Environment does not issue waste import licenses unless it is a waste that can be used for something, for instance, iron is used as raw material and then exported abroad. That’s why all the permits that are given are in accordance with the laws that exist in our country, according to world standards”, Makraduli said, adding that he refuses to believe in conspiracy theories.