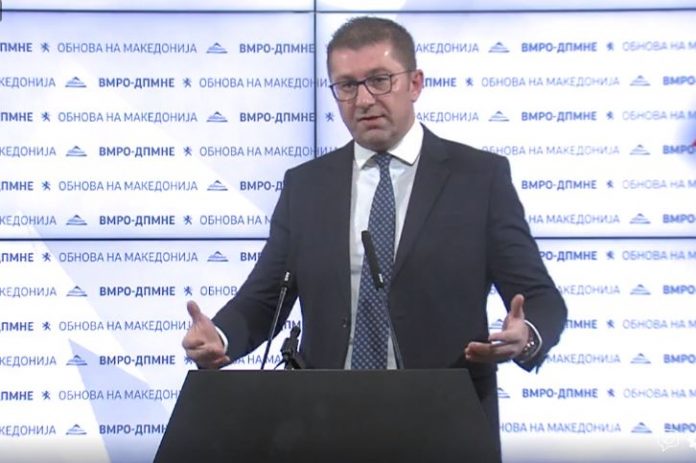 The new SDSM proposal for the Law on Public Prosecutor’s Office is unacceptable
to VMRO-DPMNE because, as opposition party leader Hristijan Mickoski said at a
press briefing on Thursday, the proposal repeatedly violates the Constitution and
puts the Prosecutor&#39;s Office under government control.
Therefore, the leader of the main opposition party said his party would not
compromise on such a law on the Public Prosecutor&#39;s Office. Mickoski noted that
many of the articles of the law are unacceptable in this form, as well as that the law
is unconstitutional and non-European.
Mickoski said that while analyzing the proposal, the party consulted with several
legal experts who were ready to defend the remarks.

&quot;Zoran Zaev is aware that a new abolition like the one in Global would not pass.
Therefore, he is now focused on a solution that will ensure the protection of crime
through a controlled Prosecutor&#39;s Office&quot;, said Mickoski.
The leader of the opposition VMRO-DPMNE said their remarks had not yet been
submitted to SDSM and that they would do so at the next working group meeting. He
pointed out that if the ruling party accepts the remarks of VMRO-DPMNE, only then
will the working groups meet.