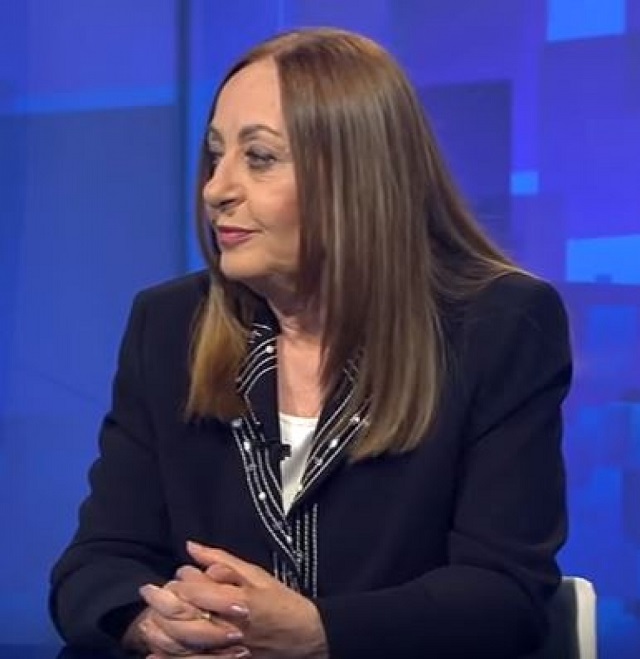 Judges from the “Louis Vuitton judiciary” have come to light with each new hearing on the “Racket” case, all the masks of Zoran Zaev’s independent judiciary have beenunveiled, which is a judiciary depending on Zaev’s government and SDSM, said VMRO-DPMNE spokesperson Dimce Arsovski at today’s press briefing.The Kacarska judiciary and the Ruskovska prosecution have no credibility and is an example of a criminal-violent prosecution and judiciary operating under the auspices of the current SDSM and Zaev government. In addition to the Kacarska judiciary, there are serious doubts today about Zoran Zaev’s favorite prosecutor, Vilma Ruskovska, who is accused in the Racket case that she has evidence of a 4m-euro crime. The masks are off. This is a serious indication of a 4m-euro crime involving the chief prosecutor in the prosecution of organized crime and corruption and must be investigated immediately. One should not overlook this public statement of the defendant in the Racket case. According to the claims of Prosecutor Lile Stefanova, if true, Dobrila Kacarska directly influenced court decisions, which should be subject to at least 3 articles from the Criminal Code of the Republic of Macedonia and one article from the Law on Courts. Article 353 paragraph (1) – Abuse of official position and authority that carries a prison term of 6 months to 3 years, Article 358-a paragraph (2) – Reward for unlawful influence which covers a framework if the Article1 Act is violated up to 5 years in prison, Article 375 paragraph (1) – Coercion against a judicial officer covering a fine or up to 3 years in prison, Arsovski said.In addition, Section 75 of the Courts Act explicitly states that a more serious disciplinary offense that entails a procedure for establishing a judge’s accountability is “the gross influence and interference with the performance of the function of another judge”, said Arsovski.According to all these articles of the Criminal Laws of the Republic of Macedonia, Dobrila Kacarska is facing up to 11 years in prison and immediately suspended by Ivan Djolev from Article 75 of the Law on Courts, since his statutory period of 8 days has expired. If he does not suspend her within 8 days he is an accomplice in what Dobrila Kacarska has done. Enough with the likes of Katica, Vilma and Dobrila in thejudiciary. With each passing day, the bond and mutual support through which party orders are implemented instead of law becomes clear. Dobrila Kacarska asks favors from Katica Janeva, Katica Janeva praises Dobrila Kacarska for being a mentor and learning from her, and Vilma Ruskovska with indications of involvement in a 4m-eurocrime, Arsovski stressed.