Home Macedonia Foundations for a mosque in Lisice, the campaign for Albanian votes has... 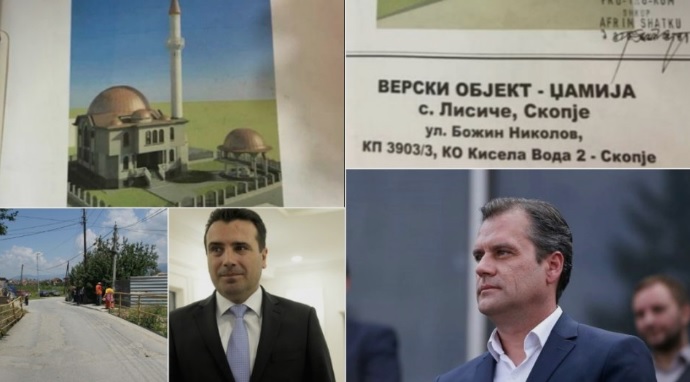 The foundations for building a mosque have been laid recently in Skopje’s Lisice.

Initial official information that SDSM approved the construction of a mosque in this part of Skopje, where there is no majority of Muslim citizens, came out on August 30, 2018.

It is planned and certified to build a religious mosque-building on the “Bozin Nikolov” street in Lisice, Kurir reports.

Citizens of the Municipality of Aerodrom then said what they thought of the idea.

Until a few days ago this was just another “promised-unrealized” work by Marin, but right now, almost two years after the promise was made, and indicatively just before the elections, the foundations have been laid and construction has begun.

The first idea for a mosque in Lisice was unveiled in 2013.

Then, 150 Muslim families living in Gorno Lisice sent a request to the Islamic Religious Community to build a mosque in this part of the Aerodrom municipality.

They requested the IRC to obtain permission from the municipality to build a religious facility near their homes, where they could perform religious rites daily.

-We also have property, property owned by IRC, on which we can build, just waiting for permission. The municipality rejected us on the grounds that special conditions should be created for it to be amended and the Detailed Urban Plan not in our jurisdiction. I am for the construction of churches and mosques, because they are built for the faithful and, where necessary, to be raised, said the mufti of Skopje, Ibrahim Shabani.

At that time, the mayor of the Municipality of Aerodrom was Ivica Konevski. He argued that 99 percent of the population in Gorno Lisice is Orthodox and there are insufficient citizens for the need to build a mosque, which on the contrary can have a counter-effect and cause unintended consequences.