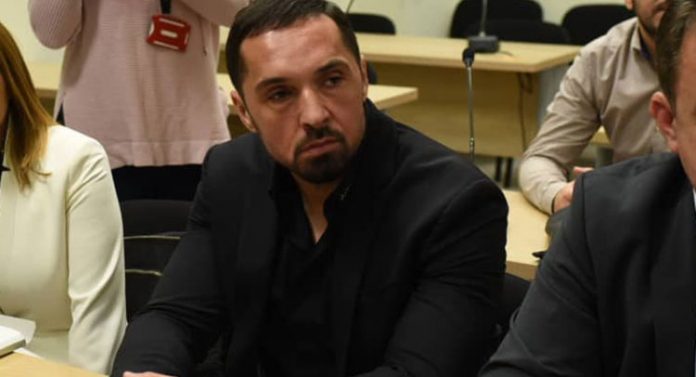 The court has excluded the public from Tuesday’s hearing in the ‘Racket’ case trial,
during which evidence from a USB flash drive belonging to Zoran Milevski-Kicheec
was set to be presented.
Although both Katica Janeva and Boki 13 insisted that the talks be heard by the
public as well, prosecutor Ruskovska indicated that public broadcasting would
endanger the reputation of those mentioned in the talks. The defendants responded
to this position by explaining that when presenting the evidence presented by
businessman Orce Kamcev, their family, friends and close relatives were exposed to
public lynching.