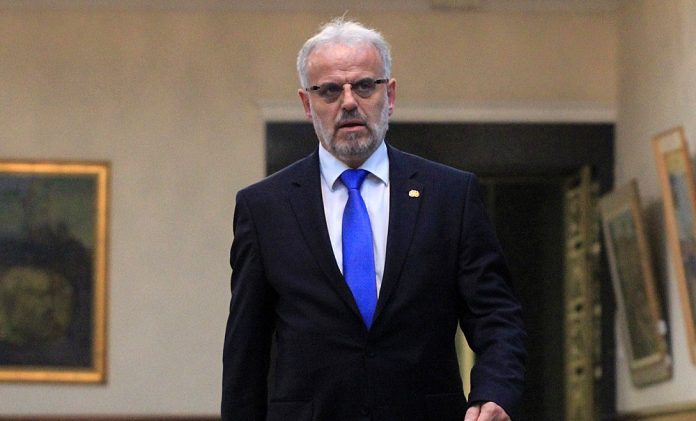 Parliament Speaker Talat Xhaferi says he is expecting the motion of the Interim Prime Minister Oliver Spasovski, before forwarding it to the head of the state, who has power to declare state of emergency across the country.

Xhaferi says he agrees with some experts, who say that Parliament cannot reconvene after it is dissolved and after election is scheduled.

According to the Speaker, the election, originally slated for April 12, will be postponed under a government decree based on Article 126 of the Constitution.

Under Article 125 of the Constitution, paragraph 4, if Parliament cannot convene, the decision declaring state of emergency is made by the President and is submitted to Parliament for confirmation as soon as it can convene.