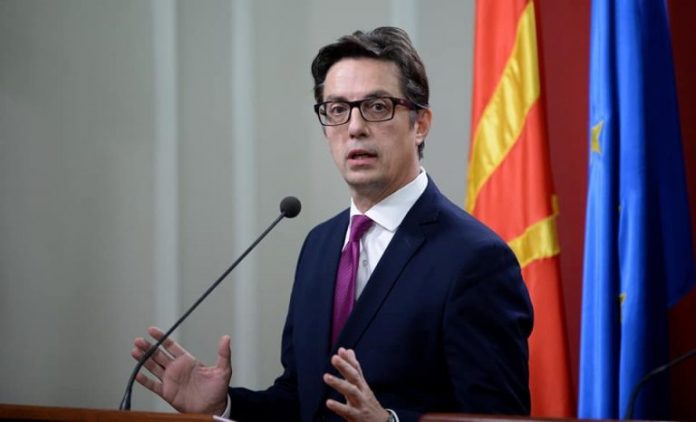 We are facing the most serious challenge that not only the country has experienced,
but also the world since World War II, because the coronavirus pandemic not only
that impacted the health sector, but started to place pressure on the global economy.
Throughout the history, there have been a number of pandemics of diseases, but
they have never affected the world’s poorest and richest countries at the same time,
so you have no part of the planet where you can ask for assistance. The aggravating
factor is that there is no cure for the disease, and the most optimistic scenarios of
finding and applying a vaccine is at the year’s end, President Stevo Pendarovski said
in an interview with website Faktor.
Pendarovski said that the phrase that we are part of the world this time is completely
correct both geographically and essentially, and our only chance to overcome the
crisis is only to be united with others, especially with EU member states and NATO
allies.
He said that more radical measures may be introduced only if competent authorities
carry out such an assessment, and added that so far, the implemented concept
yields results and prevents geometric progression.
“The rise in number of infected and dead is happening everywhere in the world, even
in Wuhan where the coronavirus second wave may occur. But compared to the
region and European countries, we are far from the most endangered group of
countries. As it was stated at the last meeting of Security Council, regarding the
restrictive measures, we were among the first in Europe to responded in timely

manner by declaring nationwide state of emergency and imposing curfew. More
radical measures may be introduced only if competent authorities carry out such an
assessment, according to which so far, the applied concept gives results and
prevents geometric progression,” Pendarovski said.
Pendarovski’s biggest concern was and remains in the part of the economy,
especially the revenue side of the budget. Of course, he says, I do not include the
concerns for the health and lives of our citizens, which is absolutely our biggest
priority.