Home Macedonia Opposition spokesperson: If SDSM had any decency, politicians would have retired a... 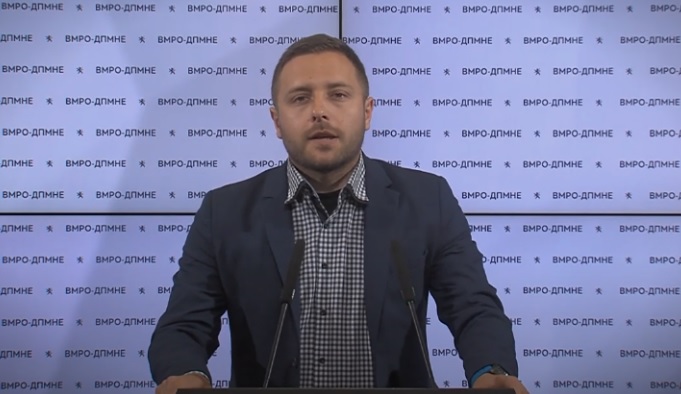 SDSM has not yet apologized for spreading fake news that it has been doing in the past period, VMRO-DPMNE spokesperson Dimce Arsovski said at a press conference today.

– The investigation of the Ministry of Interior showed that the video with which SDSM manipulates is dating from more than half a year ago, and the same was confirmed by the fitness center in question. They knowingly lied and knowingly manipulated the Macedonian public with a single goal of collecting small political points and defocusing from the real situation that is happening to us. Instead of letting SDSM falsely publicly slander Slavjanka Petrovska and continue to lie as ordered by her boss Zoran Zaev in order to wash away their shame, they should immediately apologize to the citizens who lied to them about the recording that which they released to the public. The lie is short legs. Citizens are already seeing who is lying and manipulating them. As soon as they lie about such a recording, imagine how they lie about the robbery they did to the Republic of Macedonia during the last term, says Arsovski.

He stressed that the least that SDSM can do at the moment was to apologize to the public and the citizens and regain its decency, although such a party with such people had no decency. If they had any decency, they would have retired a long time ago.