Home Macedonia Former SOROS head to Zaev: There are people who were not for... 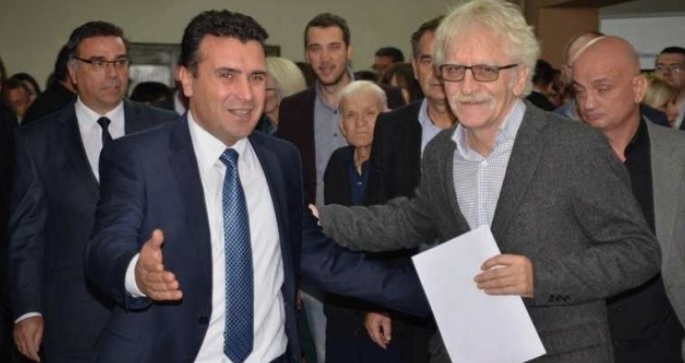 The audio recordings of conversations between Zoran Zaev and an anonymous interlocutor that appeared on the YouTube platform angered the public, but also many SDSM supporters. In the conversation, Zaev is heard telling the citizens “fuck these people” if even in those elections – thinking of those in December 2016 – they do not vote for him.

Zaev, in one of the talks, also clearly indicates that the civil society organizations, what is financed by Soros, the Student Parliament, are his “, practically acknowledging that the protests of the so-called colorful revolution is not “spontaneous” at all.

Vladimir Milcin, the former head of SOROS and a participant in the “Colorful Revolution”, wrote in a Facebook post that “Zoran Zaev lied and bragged that everyone and everything is his in this country, and that he can buy and sell as if he were the new Chichikov. But unlike him, Zaev buys both dead and living souls”.

“I know as much about the Colorful Revolution and the defense of the SPO as the present citizens know.

Zaev is now facing the fact that there are those who were not, and are not for sale. “They are the ones who will not go to the polls and vote because they have no choice.”