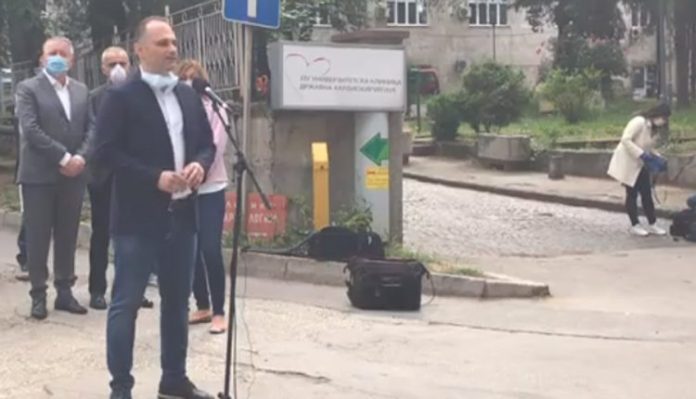 For the first time in our country, a heart transplant was performed, i.e. a transplant from a deceased donor. At the Clinic for State Cardiac Surgery in Skopje, after a six-hour operation, the new heart was transplanted into the body of 54-year-old patient Ivan Ognjanovski at two o’clock in the morning. Two kidneys of the same donor were transplanted at the Urology Clinic to two patients with chronic renal failure who had been on dialysis for years.

Health Minister Venko Filipce stated at a press conference that the medical staff has written history because for the first time in our country, a heart transplant has been performed.

The transplant would not have been possible if an act of altruism had not been there. The Dinev family, who lost their beloved mother and wife a few days ago, agreed to donate her heart and the kidneys,” said Filipce.

He expressed belief that the act would send a strong message to Macedonian citizens over the importance of organ donation.