Home Macedonia “Racket” convicted Boki 13: Look for the money with Zoran and Vice... 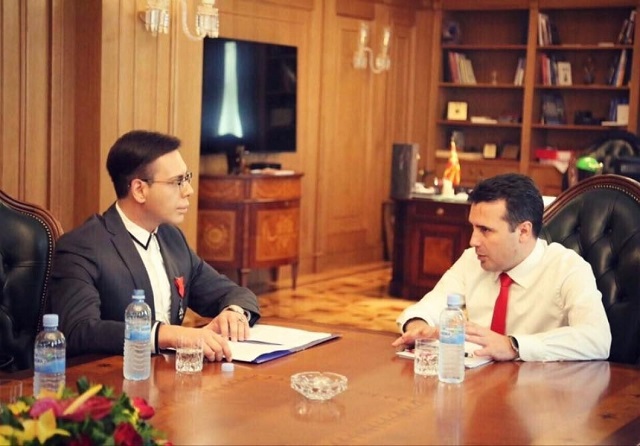 The Criminal court sentenced Thursday the first defendant in the “Racket” case Bojan Jovanovski – Boki 13 to nine years in prison, and to the second defendant Katica Janeva to seven years in prison.

The court found Bojan Jovanovski guilty of the crimes receiving a reward for illegal influence and money laundering, and Katica Janeva for abuse of office and authority.

After the verdict was handed down, Jovanovski said that the court had made a political decision and that the real perpetrators were at large.

– I will declare this day as the day of the political campaign in Macedonia. You have made a political decision. Look for the racketed money with Zoran and Vice Zaev – said Jovanovski, after which the judge asked to be taken out if his comments were not related to the verdict.

– I think that the detention that was assigned to me was tendentious. I will not run away. I can’t wait for July 1, I can’t wait to let you go to the Public Prosecutor these days to report all the crimes to all the real perpetrators of the crimes. I know that you will extend my detention because you have been ordered to do so – said Boki-13.