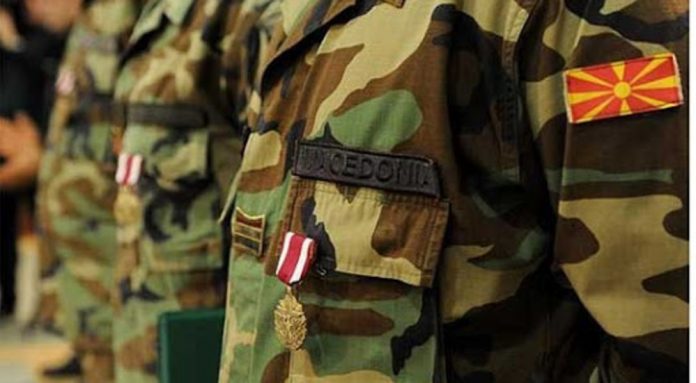 A reward of 10 thousand denars for March, April and May this year for the contribution and additional engagement of the employees of the Ministry of Defense and the members of the Army for overcoming the situation with COVID-19, demanded at today’s press conference the Union of Defense and Security (UDS).

President of the Defense Union Risto Ajtov informed that a large number of army members are infected with coronavirus, and a large number are in self-isolation. The Ministry of Defense and the Army are responsible for this situation, Ajtov underlined.

He reminded that the members of the Army were involved in protecting the hotspots in the municipalities throughout the country, patrolling and maintaining order in the settlements, securing the President, the Government and the Parliament, controlling the observance of protective measures adopted by the Government, controlling the state borders, protection of hotels where persons under state quarantine persons stayed, etc.

The Union expressed revolt for, as they pointed out, the poor working conditions and disrespect and reduction of employment rights of employees in the MoD and the ARM.

“Entire barracks do not have drinking water, and in the winter there is no heating, the sanitary facilities are largely in a desperate state, much of the technique and means of transport are unusable, the lack of equipment, uniforms, boots and HTZ equipment is evident. Personal equipment is in poor quality, there is still poor quality food and food shortages,” Ajtov said.

According to the information from the General Staff, 29 cases of coronavirus have been confirmed in the ARM ranks, and most of the patients are from the units in Skopje and Kumanovo, three soldiers have been hospitalized, and the rest are in self- isolation and home treatment, six previously infected have recovered and returned to work.

156 new COVID-19 cases have been registered in Macedonia in the past 24 hours, and the result was obtained after 1,227 tests were carried. With this, the total number of coronavirus cases in Macedonia reached 4,820. 1,865 have recovered and 222 have died.