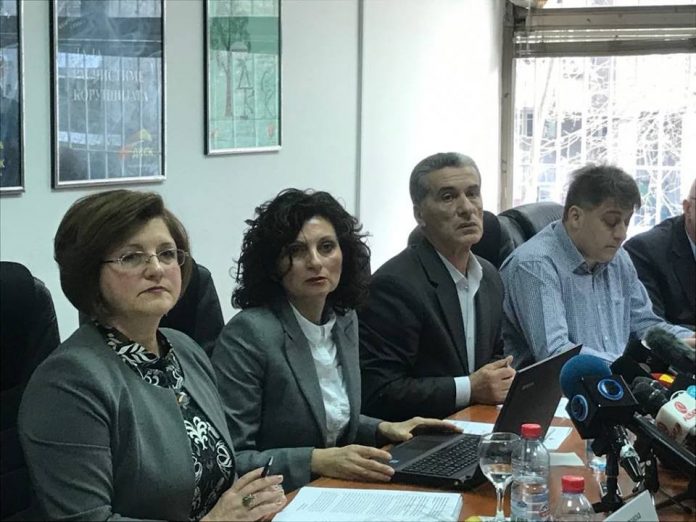 The Anti-Corruption Commission has opened a case for the work of the director of the Film Agency Gorjan Tozija, confirmed the chairwoman of the Commission Biljana Ivanovska for SAKAMDAKAZHAM.MK.

A member of the Commission is working on a case for the work of Director Tozija, but I cannot reveal more details, because our practice is for each member to do his job and when it is ready to present it to the other members. In the afternoon we have a meeting and we will additionally inform you,” Ivanovska answered our questions whether the case is related to the early payment of all approved film projects by the Agency, and what is specifically investigated in the case and at what stage.

According to unofficial information from the editorial office, the case is being investigated for the legality of the urgent payment of all film projects by the Film Agency in March at the beginning of the coronation. It is disputable that for most of the paid projects, the producers have neither bank guarantees nor documentation for completed previous phases. In accordance with the Law on Film Activity, the film producer must submit a bank guarantee in the amount of 25% of the amount of funds paid by the Agency before concluding the contract within the appropriate deadline.

In another case, criminal charges were filed against Tozija with the Basic Public Prosecutor’s Office, by producer Robert Naskov and the production company Partizans. The application applies to the 2016 film “Liberation of Skopje”, directed by Danilo and Rade Serbedzija, where the majority producer with 69 percent is “Partizan”, while co-producers are “MP Film Production” from Croatia and “Art Films Production AFP” from Finland. The film was shot at the end of 2014, and premiered in October 2016. Tozija was hired as an external contributor to the film at the time, but together with Croatian co-producer Igor Nola, without the knowledge of the main producer Naskov, sold the rights to the film to distributors from the Netherlands and Italy. In 2016, “Liberation of Skopje” was also a Macedonian candidate for an Academy Award.

Given that the Film Agency in 2014 supported this film with 1.25 million euros, Naskov and Popovski believe that Tozija, who became the director of the Agency in August 2017, previously with the unauthorized sale damaged the budget by over 20,000 euros, because part of the money for distribution should be returned to the Agency.