Home Macedonia Parliament Speaker in Bitola: The idea of ​​an Albanian Prime Minister is... 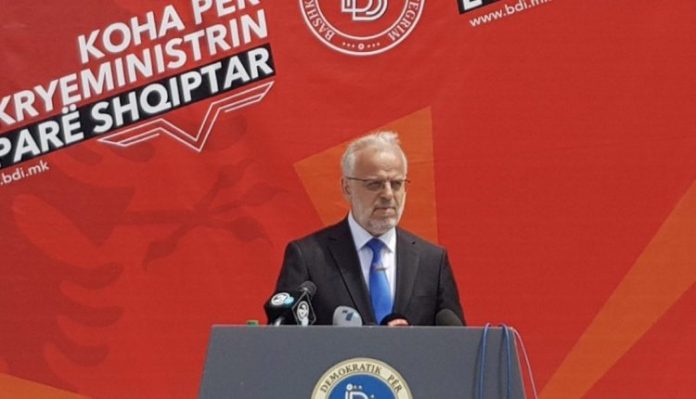 I have proved that I speak and work for the citizens and their interests that I
represent in the Parliament, and therefore I believe that this time the citizens will
know how to choose the best from what is offered, said MP candidate Talat Xhaferi,
holder of DUI’s list of MP candidates in ED 5.
At the promotional event in front of the Honorary Consulate of the Republic of
Albania in Bitola, Xhaferi told citizens to first protect their health because the
elections were organized in specific conditions caused by the coronavirus, and then
use their right to choose.
&quot;The idea of ​​an Albanian Prime Minister is real and it dates back to 11 years ago
when it was highlighted at a party congress at a time when the most important state
positions were held exclusively by representatives of the Macedonian people. Then
our leader expressed a public idea and need for expression of equality in law and in
the division of responsibility in managing institutions. Over time, this proved to be the
case with the Minister of Defense, then the Parliament Speaker, in the caretaker
government we also had the Minister of Interior and that is proof that nothing
happened that was contrary to the need for equality of citizens in rights and the
obligations they enjoy under the Constitution. The idea is real, it will depend on the

numbers in the Parliament after the elections, and we will respect the will of the
citizens,&quot; Xhaferi said in Bitola.