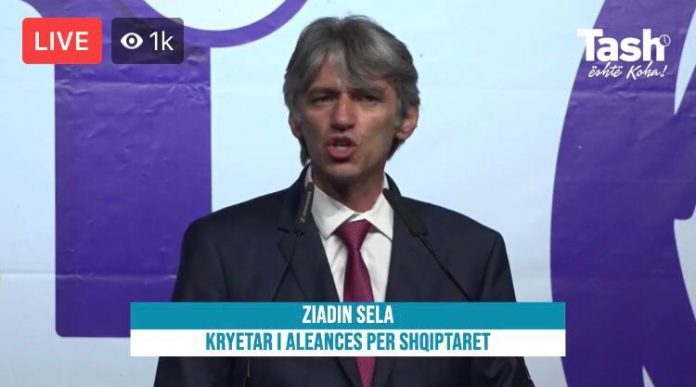 “Now is the Time” coalition held Saturday evening a rally in Struga. It addressed the idea of ​​forming a future government after the rival party at the Albanian electorate DUI set a precedent as a condition for coalition – the future Macedonian government to be led by an Albanian regardless of the election results achieved.

Alliance for Albanians leader Ziadin Sela talked at the rally among other things about the idea of SDSM and VMRO-DPMNE leaders, Zoran Zaev and Hristijan Mickoski, to exclude Albanians from the new government.

Sela’s statement follows an idea expressed by Zaev in a TV duel with Mickoski earlier this week, in response to a question about the condition of his coalition partner DUI’s Ali Ahmeti, in support of forming a government only if their candidate Naser Ziberi is appointed prime minister.

SDSM leader during the duel on TV 24 on Tuesday night at one point asked the leader of VMRO-DPMNE support from VMRO-DPMNE MPs to form a government.

“Math is not your good side. This math is also good for the municipal organizations of SDSM, but after July 15, VMRO-DPMNE will not need more than one or two MPs to form a government, and there are more who want to support the policies of VMRO-DPMNE during this election period,” Mickoski said.