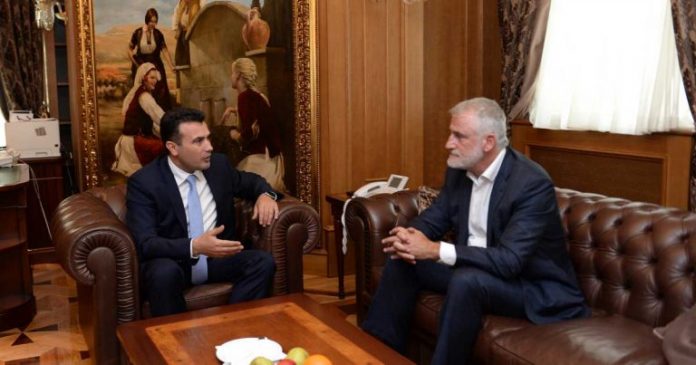 Former Prime Minister and SDSM leader Zoran Zaev has promised DPA leader
Menduh Thaci that if they eventually find themselves in a position to form a
government after the July 15 parliamentary elections, the current DUI government
partner will not take it part of the government, and Thaci said he hoped Zaev would
keep his word.