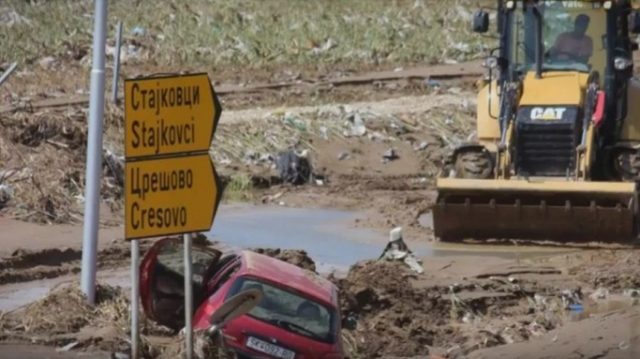 Skopje marks four years since the rainstorm that caused floods that claimed the lives of 22 people. On the afternoon of August 6, 2016, the Skopje region was hit by heavy rain and strong wind. The dead in the storm were in the areas of the villages Singelic, Stajkovci, Smilkovci and Aracinovo.

During 24 hours on August 6, 2016, 92.9 liters per square meter fell in Skopje, and during the first two hours from the beginning of the storm there were more than 800 thunderstorms.

The storm and torrential downpour caused trees to fall, leaving homes without electricity. About a thousand citizens were evacuated overnight on August 6.

Citizens from all over the country, coordinated by the Red Cross, the Crisis Staff and the competent institutions, in the coming days showed solidarity to collect the most necessary aid for the victims. August 8, 2016 was declared a Day of Mourning in the Republic of Macedonia.

The Hydro-meteorological Administration informed in the reports after the storm that on Zajcev rid – the main meteorological station in Skopje, a record intensity of five-hour precipitation of 84.5 mm was recorded.