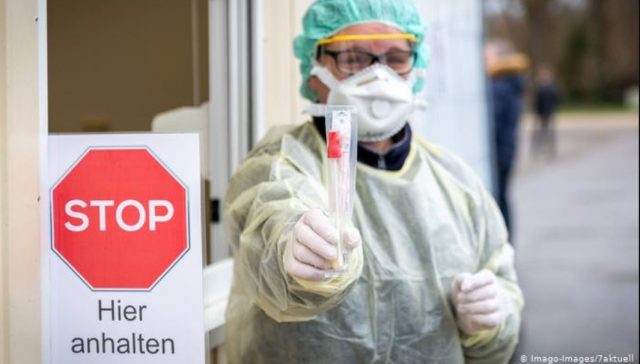 According to the number of COVID-19 infected people who arrived in Germany in the last four weeks, the Robert Koch Institute lists Macedonia as a country with themost probable source of infection. 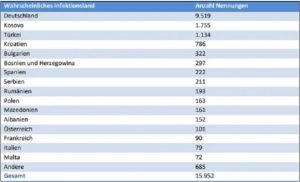 The table attached to the report shows that there are 9519 cases in Germany of their citizens who arrived in the country, 1755 from Kosovo, 1134 from Turkey, and third is Croatia from where 786 people arrived.