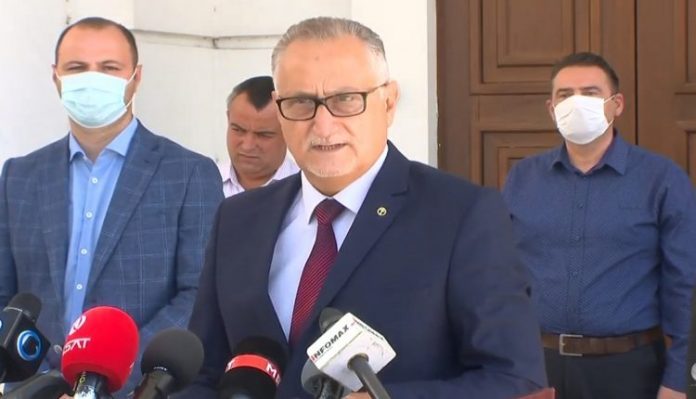 Part of the leadership and membership of the Integra party has joined VMRO-DPMNE. The transfer at a joint meeting was made official by the leader of VMRO-DPMNE Hristijan Mickoski and Integra Vice President Voislav Zafirovski.

“I am satisfied because from this moment and in the days that follow it will be a process of consolidation of the opposition front. Groups, citizens’ associations, individuals, political parties are the structures that will consolidate and enhance the opposition bloc against this mafia that is in the Government today,” Mickoski said at a press conference.

Integra Vice President Voislav Zafirovski, who was the holder of the party’s candidate list in the fourth electoral district in the last elections, said that the leader of Integra, Ljupco Ristovski, had turned the party into a sect in which he did not allow other people’s opinions to be heard, considering himself a prophet.