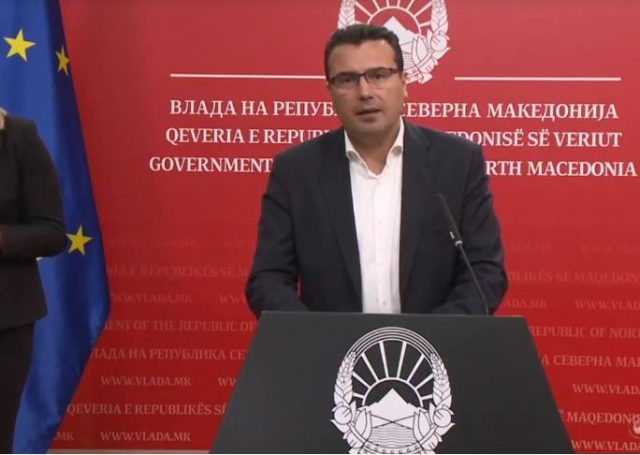 Prime Minister Zoran Zaev presented at a press conference the fourth set of economic measures adopted by the Government at a session on Sunday.According to him, the fourth stimulus package, estimated at EUR 470 million, incorporates 31 measures and provides direct support to people’s economic and social security, as well as stimulating private consumption. It covers all businesses and companies, and its focus is on supporting job retention, vulnerable groups, the unemployed, etc.

The first measure is continuing the support for payment of wages in the last three months.

Zaev noted that this measure will depend on the decline in the revenue of companies. The bigger the decline, the bigger the support that will range between Mden 14,500 and Mden 21,776.

The second measure is a payment card for higher consumption in the amount of Mden 6,000, which will be provided to 5,726 single parents, 182,271 retirees with pensions up to Mden 15,000, 85,108 passive job seekers, freelance artists, etc., Zaev said, adding that the payment card will also be provided to citizens over 64 years of age who receive no pension and whose income is less than 15,000, or have no income at all.

Measures also include extending the grace period for interest-free loans of the COVID-19 line, salary support for tour guides, support for tourism through reintroducing the 2019 contribution in the amount of EUR 2 million.