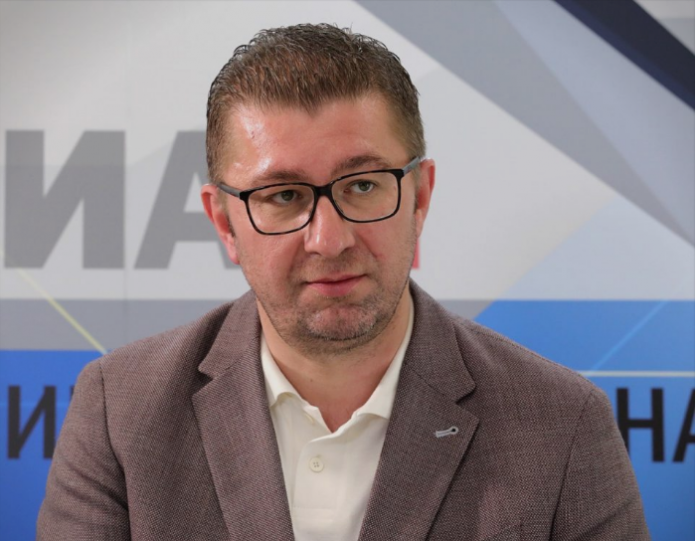 VMRO-DPMNE leader Hristijan Mickoski on Saturday called on party leaders to convene for a meeting to discuss ‘serious issues.’

“Serious issues should be solved at a leaders’ meeting. VMRO-DPMNE takes this opportunity to call on the leaders of relevant political parties to sit down and discuss openly the topical issue – the negotiations with our eastern neighbor. It’s very important,” Mickoski told a news conference when asked by a reporter.

He said he didn’t believe that Bulgaria would block the country’s EU integration bid.

The opposition leader also said that a leaders’ meeting should be organized also for them to discuss several key issues, including the coming census, economy, education, etc.