Home Economic VMRO-DPMNE submits 188 amendments to the Budget Review in order to prevent... 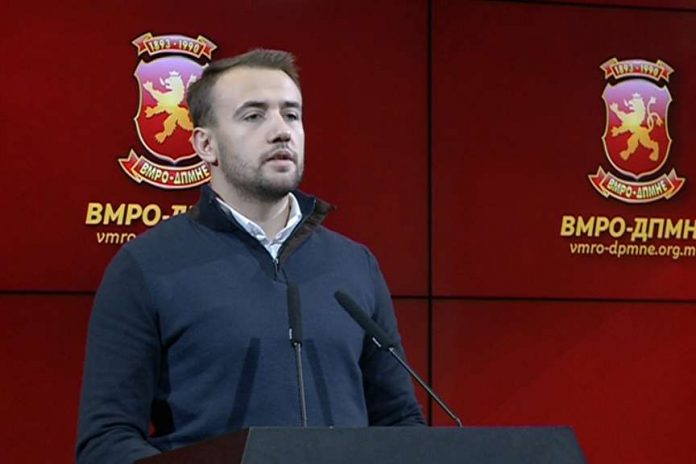 The Budget Review that is in the Parliament is completely underdeveloped and will not provide an answer to the challenges posed by the pandemic, both in terms of health and economy, said MP Bojan Stojanoski at Thursday’s press conference.

He added that ‘the country owes an additional 1 billion in almost ten months, the debt is at an all-time high, we have 40,000 new unemployed, and Zoran Zaev is squandering the citizens’ money’.

The MP said that when Zaev sketched the Budget, he thought of himself and not the citizens and companies.

“Zaev’s measures are dysfunctional and unused. The utilization of the first three sets of measures is barely 55%, and the same is expected for the fourth set of measures. That is the result of working without a plan. Zoran Zaev spends the citizens’ money completely unplanned and undeveloped and in that direction the MPs of VMRO-DPMNE and the opposition submitted 188 amendments with two basic goals. The first is to stimulate capital investments, and the second is to prevent pollution with PM10 particles, which are transmitters of the virus according to the statements made by Venko Filipche. We call on the parliamentary majority to overcome the political calculations and pressure of Zoran Zaev and at least once to show maturity and support these amendments that VMRO-DPMNE creates for the good of the citizens,” said Stojanoski.