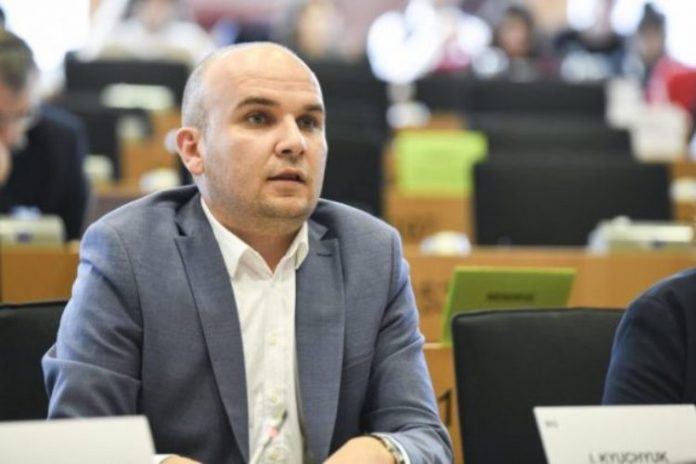 We should send a clear signal that North Macedonia and the region belong in the European Union, Bulgarian MEP and EP rapporteur for North Macedonia Ilhan Kyuchyuk told Bulgaria’s national radio BNR on Thursday.
He added that there’s no time to make big decisions before the Berlin process meeting on November 10, but it would be a shame to miss the opportunity presented by the strong German EU Presidency.

“I know it’s not easy, but we have to be reasonable. The government and politicians should show greater courage,” Kyuchyuk said in regard to Sofia-Skopje relations and Bulgaria’s threats to block North Macedonia’s EU integration.

He pointed out as a major accomplishment of the Friendship Treaty between North Macedonia and Bulgaria the establishment of shared history, which according to him will lay a strong foundation for a shared future.

“Joint commissions have achieved significant progress. History is not an easy topic for discussion. If the Prespa Agreement resolved North Macedonia’s dispute with Greece by clarifying that the two countries’ pasts have nothing in common, than the Treaty between North Macedonia and Bulgaria starts the process of proving that the two counties have shared history,” Kyuchyuk stressed.

The end goal and Bulgaria’s strategic interest is that North Macedonia joins EU, the MEP said, noting that the intensity of the process has diminished.

“We can’t play with the feelings of people living on either side of the border by having unclear positions of what we envision for the region’s future,” Kyuchyuk added.
He said that Brussels has a hard time understanding the dispute between Sofia and Skopje and urges stakeholders to take specific measures to resolve it.