Home Macedonia VMRO-DPMNE: Zaev should not trade with national interests and should not destroy... 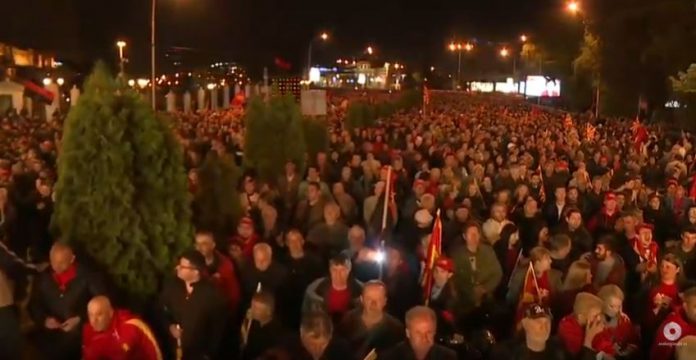 VMRO-DPMNE publicly warns the government led by Zoran Zaev not to trade with national interests, not to destroy the foundations on which a modern Macedonian state is built, created for generations.

The party believes that Zaev and his government continue to humiliate the Republic of Macedonia, and with amateurism lead the country to the doorstep of the EU.

VMRO-DPMNE and the “Renewal of Macedonia” coalition reiterated the lines through which the country must not pass during the negotiations with Bulgaria: