Home Uncategorized Gjorgiev on Angel Dimitrov’s statement: It is academically unacceptable to subordinate our... 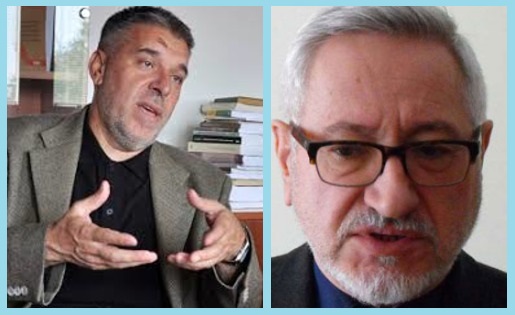 Co-chair of the Macedonian team in the Joint Commission Dragi Gjorgiev, in anticipation of the meeting scheduled for tomorrow and the day after tomorrow expects that the members of the Commission will behave professionally and academically.

“I am amazed by the strong political statement of my fellow member of the academic and expert body, in anticipation of the new meeting. The attitude of a monolithic political position in relation to the views of the past is like an echo of another time. It is also academically unacceptable to align our work with political demands and views,” Gjorgiev told Radio Free Europe.

Gjorgiev’s statement follows an interview with his colleague in the Joint Commission, the co-chair of the Bulgarian team Angel Dimitrov, who told BNT that his Macedonian counterparts were doing everything possible to prevent the progress desired by the politicians.

“If excuses for failure of the meeting are sought in advance, it will certainly not contribute to the realization of our common goals. It is far more useful to make a personal contribution to the scientific discussion within the commission than to give one-sided political interpretations and personal wishes to the public. We expect a fruitful dialogue free from political pressures and political agendas in order to contribute to building mutual friendship,” Gjorgiev said.

Dimitrov mentioned the interview of the Prime Minister Zoran Zaev for BGNES, which caused reactions in the public, and some members of the Macedonian negotiating team distanced themselves from the statements in it. Dimitrov says that the words of the Prime Minister Zoran Zaev, who gave hope that he has a new look at the past, met with serious criticism even from the members of the Commission.