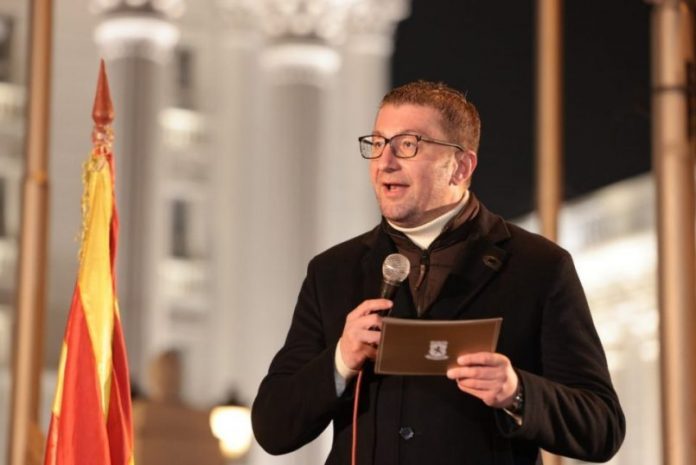 VMRO-DPMNE protested Saturday in front of the Government for the defense of the Macedonian identity. The president of the party Hristijan Mickoski called on the Prime Minister Zoran Zaev to resign because he said one thing and did another.

“We are losing Macedonia piece by piece. Between two statements of Zaev, who with his hand on his heart, with a smile and bowing of his head says that he was Macedonian and protected his identity. It is already clear to everyone that whenever this man speaks, he delivers quite the opposite. So we will hear that a common history and a shared history were the same thing. That our language was from ASNOM onwards, i.e. a tree without a root… When the day comes, and I don’t want to hear any excuses, everyone will be held accountable, some for crime, who some for high treason, some for both,” said Mickoski.