Home World Bulgarian MEP Kyuchyuk: Besides Skopje and Tirana, Brussels and Sofia have a... 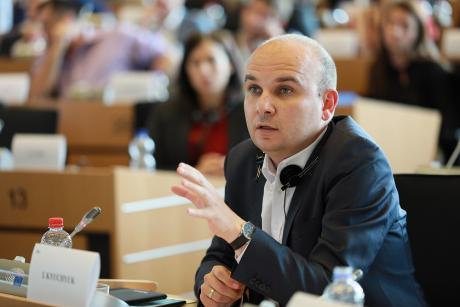 Besides Skopje and Tirana, the EU, Bulgaria and the region also have a lot to lose from the blockage of North Macedonia and Albania’s EU integration, said Bulgarian MEP and European Parliament rapporteur for North Macedonia Ilhan Kyuchyuk.

“Bulgaria was one of the countries to put the region’s EU integration high on the agenda. At the same time, it’s clear that there are no winners in this political blockade, we all have something to lose. The EU will lose its credibility, and prove unable to solve major geopolitical issues, thus losing its global player status. North Macedonia and Albania also have a lot to lose, as they have put in a lot of effort on the road towards EU accession. And finally, their neighbours have something to lose because the integration process requires building good-neighbourly relations, which is related to solving disputes regarding history,” Kyuchyuk said.

He stressed belief that other EU member states can’t understand Bulgaria’s position regarding North Macedonia, while adding that the Bulgarian government has offered no clarification.

Kyuchyuk and about twelve of his fellow MEPs have signed a declaration asking the Council of the EU to de-block North Macedonia and Albania’s EU integration process.