Home Macedonia Andonovski: Failure and veto have a name and surname – Zoran Zaev 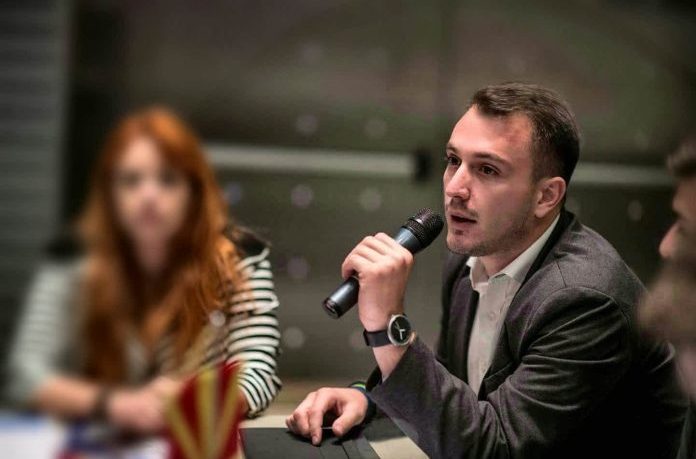 Hopes for a European future with this outgoing government remain only dreams. Zoran Zaev with his policy of bent spine, the promises and concessions he gave turned Macedonia into a brake on the European integration path. Amateur mistakes in diplomacy, which made identity and historical issues a criterion for EU accession, increased negative appetites and became a condition for Macedonia, said VMRO-DPMNE‘s Stefan Andonovski at a press conference Sunday.

“We are left with a choice – either integration with assimilation or complete isolation of Macedonia from European trends. Zaev and Buchkovski agreed and agree without anyone knowing what they are ready to put on the table. The adjective “Macedonian” was on the negotiating table, which indicates that Zaev is negotiating the identity as he previously gave up Macedonia despite swearing. The freedom that the Government takes only brings defeats. What is the NON-PAPER that Buckovski boasted about, who wrote it, did it pass at a Government session? Does it contain state positions? Did Pendarovski, the Parliament, the members of the Security Council approve and read it?, asks Andonovski.

“Failure and veto have a name and surname, Zoran Zaev. He remained isolated and that is why now is this outburst of false patriotism in the hope of being saved as much as he can be saved. But these attempts of SDSM are desperate and unsuccessful. The people said: ZAEV’s RESIGNATION, FREEDOM OF MACEDONIA,” says Andonovski.