Home Macedonia (VIDEO/PHOTO) Pendarovski turned his back on the people, the MPs turned their... 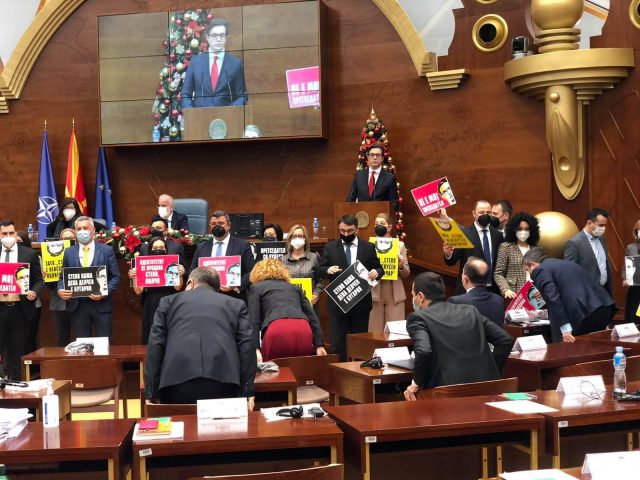 While President Stevo Pendarovski was delivering his annual address in Parliament, VMRO-DPMNE MPs came out with banners and then walked out the premises.

“Our identity is not for sale”. “Not my President”, were some of signs carried by the VMRO members of Parliament who then walked out of the Parliament.

The MPs immediately walked out after the boycott, and VMRO-DPMNE Vice President Aleksandar Nikoloski held a press briefieng, at which he explained the move of the opposition MPs comparing it to Pendarovski’s “turning his back”, as well as recent public statements that the former head of the Islamic community was asked to help in his election, as material benefits were promised in return.

“Stevo Pendarovski showed that he does not see himself as President of all citizens, but as the enforcement tool of a political structure. Pendarovski turned his back on the citizens, and now the citizens turn their backs on him,” said VMRO-DPMNE Vice President Aleksandar Nikoloski. 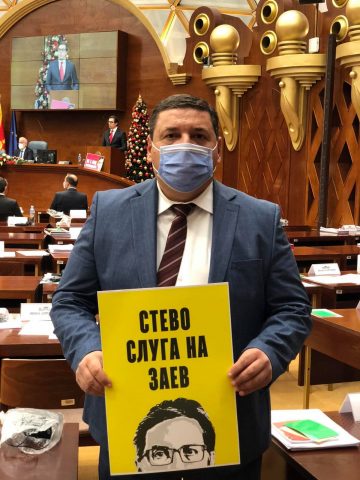 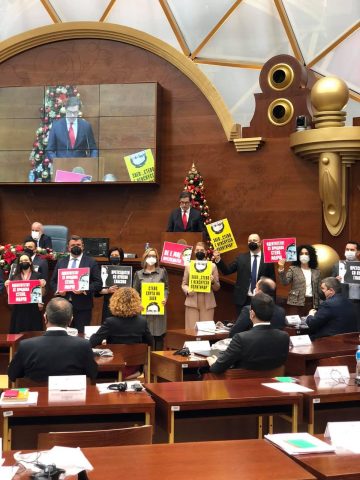 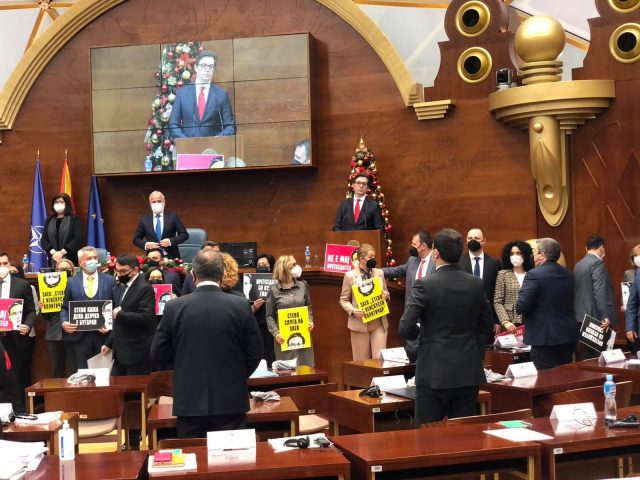 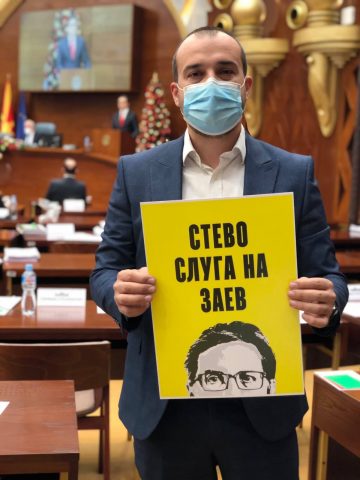 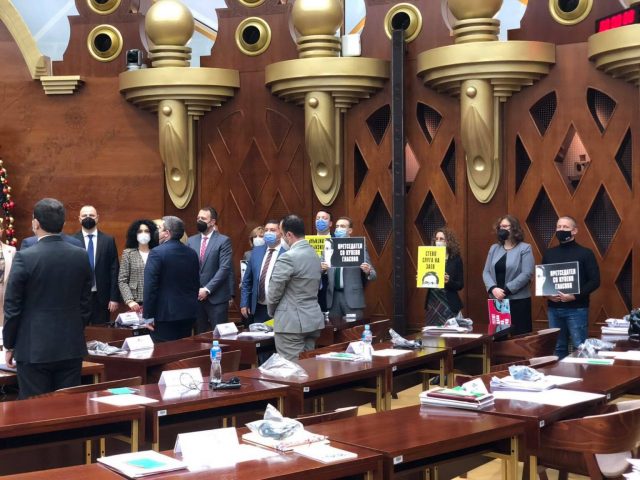 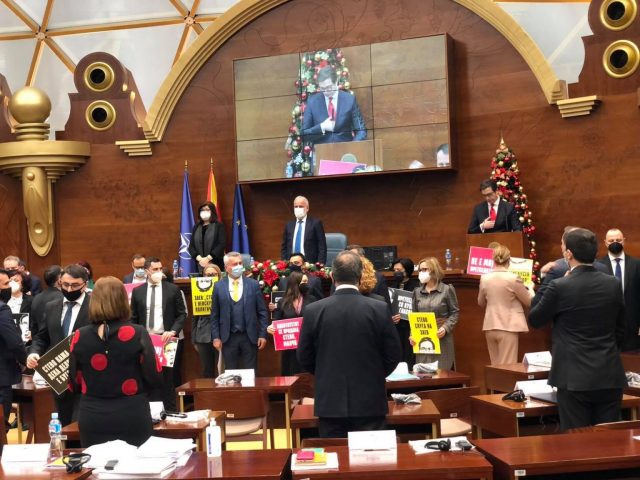