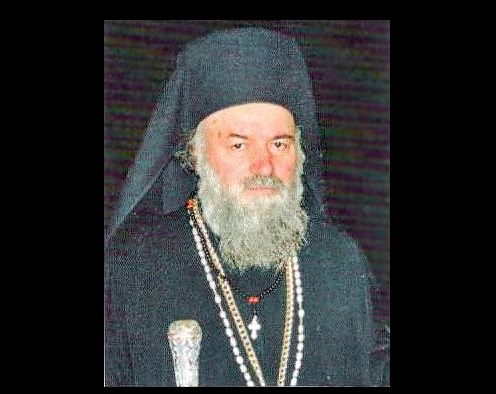 Gorazd, the former Metropolitan Bishop of the Strumica and the European Bishopric of the Macedonian Orthodox Church, has died Monday after a long illness.

MOC-OA announced that the eternal resting place of the Metropolitan bishop will be in the monastery “St. Prophet Ilija” in Chardak, and from 9 am the liturgy will be served in the “Nativity of the Virgin Mary” church in Skopje.

Born Bogoljub Dimitrovski in the village of Strezovci near Kumanovo, he completed the theology faculty in Belgrade in the 60-ies, and then joined the Macedonian Orthodox Church.

After his widowhood he became a monk in the St. George the Martyr monastery near Skopje assuming the name Gorazd, after one of the disciples of Ss. Cyril and Methodius. He was named bishop of Tiveriopol in 1977 by Archbishop Dositej and then, in 1994, he was named the first Bishop of the European Bishopric. Bishop Gorazd withdrew from service in 2006.