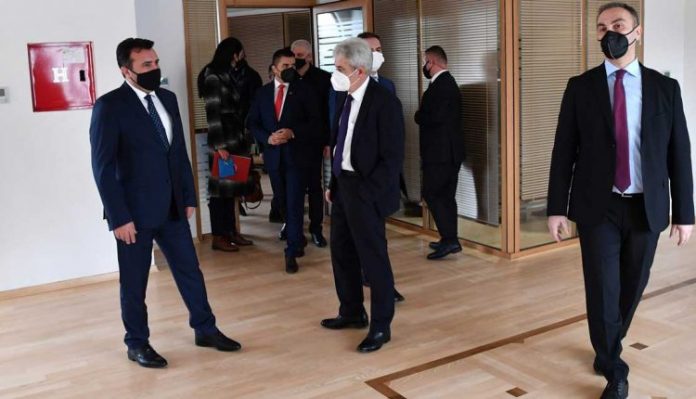 It took SDSM four years to unlock the building built by VMRO-DPMNE, we can only imagine how many decades they will need to build a new one, VMRO-DPMNE reacts today after today almost half of the members of the Government were at the opening of the building in which moved the Ministry of Political System Inter-Community Relations, led by First Deputy Prime Minister Artan Grubi.

“The building in which the Ministry of Political System moved on Monday started construction in 2015, and was move-in-ready in 2017. SDSM waited for literally 4 years, maybe with the thought that the people will forget that it was built during the rule of VMRO-DPMNE. SDSM does not use new buildings out of spite, because they were built by VMRO-DPMNE, and the employees of the institutions, the citizens and the budget suffer from the spite of SDSM. Zaev is incapable to even paint the walls of the buildings VMRO-DPMNE has built, reads the statement released by VMRO-DPMNE.