Home Macedonia Tragedy due to oversights – Will there be responsibility for “Global”? 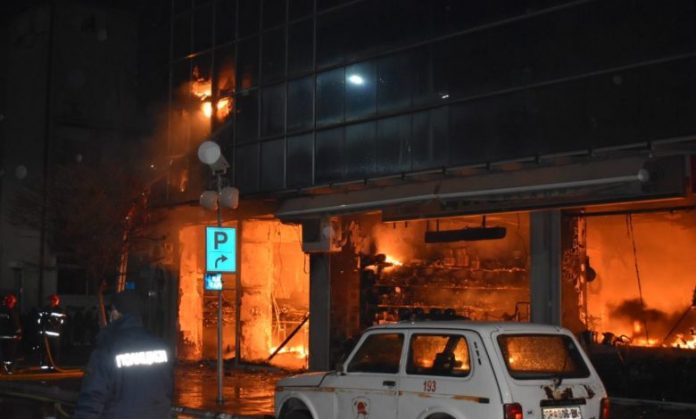 In the big fire that happened in the shopping center “Global” in Strumica, over 10 shops burned, the inner part where the market is located and the stalls were mostly gone, a supermarket inside was destroyed, and the flames affected parts up to the third floor of the shopping center.

61 firefighters with 18 vehicles took part in extinguishing the big fire. The fire started from the direction of the back entrance which is used for delivery of goods. A large part of the interior of the building was also occupied, which prevented the firefighters from entering and tackling the fire from inside.

However, they had a new problem inside. Most of the hydrants installed in the building were dysfunctional, i.e. there was no water to work with. The situation is the same with the hydrants in the city. They are dysfunctional. The hydrant valves in the city are not compatible with the equipment and the standards of the connections used by the Strumica firefighters, therefore, they are useless. Hence the question of whether it is corruption or irresponsibility? As for who did the technical checks of the facility and gave a work permit to “Global”?