Two minimum wages are not enough to cover the basic monthly expenses of a family of four. The latest calculations of the Federation of Trade Unions of Macedonia show that in November the amount of the minimum basket was 33,742 denars, which is 3,874 denars more than the two minimum wages.

Most money is spent on food and beverages, as well as on overheads. Thus, a family of four members, who lives in a house of 50 square meters and does not own a car, needs 14,149 denars for basic needs for food and beverages, and 8,547 denars only for settling utility costs. For personal hygiene and home hygiene, the minimum costs are 2,375 denars.

Calculations show that the union minimum wage is growing from month to month, which means that the cost of living for workers is increasing. Thus, compared to October, the union basket increased by 38 denars, and compared to September by 121 denars. From the beginning of the year to November, the basic monthly expenses have increased by almost a thousand denars, ie if in January a family of four needed 32,791 denars, already in November it needed 951 denars more to meet the basic needs.

The union points out that it is continuously advocating and demanding an increase in the minimum wage in order to improve the standard of the lowest paid workers and their families. 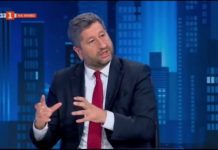 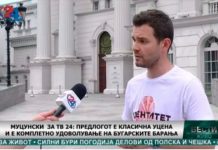