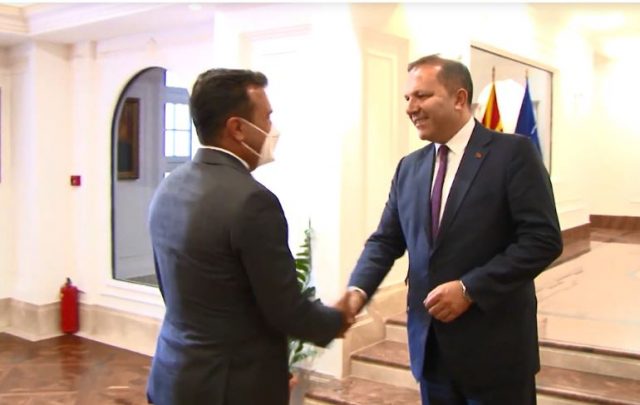 The Government released Friday a list of the December salaries of Prime Minister Zoran Zaev, Deputy PMs and ministers. Zaev tops the list with the highest net salary of Mden 87,813, followed by Minister of Interior Oliver Spasovski with Mden 85,113, both among the ministers with the most years of experience.

They are followed by Minister of Labor and Social Policy Jagoda Shahpaska with Mden 74,273, who has the highest number of years of experience, 28.

Minister of Environment and Physical Planning Naser Nuredini and Minister of Information Society and Administration Jeton Shaqiri have the lowest salaries among Government ministers with a little over 65 thousand denars.