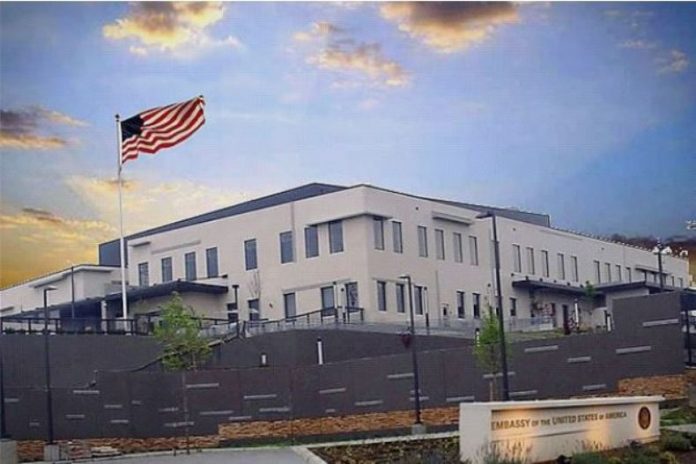 We are familiar with the reports and closely monitoring the situation, says a State Department spokesperson told Voice of America over the escape of former secret police chief SashoMijalkov.

Earlier on Monday, the Ministry of Interior issued an international arrest warrant for Mijalkov.

As of Sunday afternoon, Mijalkov has not been available to law enforcement and the police failed to find him and hand over the house arrest order. The prosecution filed a request for house arrest due to the danger of escape pending the trial verdict in the “Target-Fortress” case on Feb. 26, in which Mijalkov is one of the defendants. The prosecutors, who delivered the closing arguments at the previous hearing in the case, demanded maximum prison sentence for Mijalkov.

According to the indictment, the defendants, including ex-interior minister GordanaJankulovska and ex-secret police chief SashoMijalkov, by using three different surveillance systems for intercepting communications as part of the former secret police, illegally wiretapped close to 4,300 telephone numbers without obtaining court orders to do so. The court is expected to hand down the verdict in the trial on February 26.