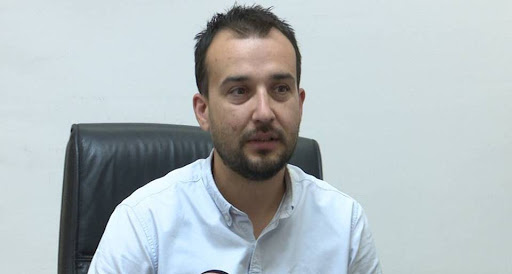 In Monday’s edition of Infomax’s “Weekly Briefing”, VMRO-DPMNE MP Mile Lefkov on the treaty with Bulgaria said that the government has made a complete privatization of international and diplomatic relations. Vlado Buchkovski, who is a bankruptcy trustee, has been appointed to settle relations with Bulgaria.

“These are politicians who come from the transition period. Learned from that experience, they have now privatized international relations. Now the diplomacy in the country has the fate of the social capital that it had in the 90s. Now Zoran Zaev managed to recycle the same formula to revive it and we have a fully privatized diplomacy of Macedonia and that is the basic problem. While from the Bulgarian side, we see that their views are argued by declarations they made in Parliament. Why didn’t the same thing happen in Macedonia?” Lefkov asked.

According to him, the government managed to appoint a bankruptcy trustee – Vlado Buchkovski – and there is an action plan with which no one is familiar. Unfortunately, that also happened with the name issue.

“The most symptomatic for me with the Bulgarian Good Neighborliness Treaty is Article 2, which says that Bulgaria will give its good experiences of joining the EU. And the signer of all this is Nikola Dimitrov, the man who was in the team when Macedonia won the dispute with Greece because it violated the interim agreement. The agreement stated that Greece would not veto it. So Nikola Dimitrov knows well the strength of that provision. Why exactly that formulation was not used in the agreement with Bulgaria. This is where I see all the malice,” Lefkov said.