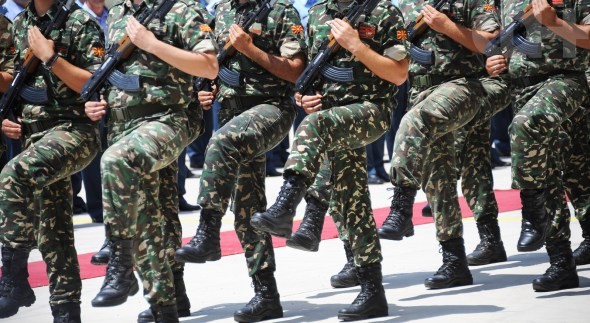 Former soldiers over the age of 45 allege that they were manipulated by the Ministry of Defense and that although they were promised redeployment to other institutions with higher salaries and benefits, they allegedly remained in undignified positions with a minimum wage.

Petko Markovski, a 45-year-old former soldier, said that in January last year he was promised by Defense Minister Radmila Shekerinska and Secretary of State Dragan Nikolic that they would be redeployed to the fire department, prison department, judicial police or other institutions with higher pay and benefits, but that did not happen.

“Are some of the people employed as civilians in the ARM and in other positions employed as party ministers? Despite everything we were offered to accept, we remained on the minimum wage and in unworthy jobs. If you do not solve our problem as soon as possible, we will be forced to continue the protest until our solution,” said Markovski.