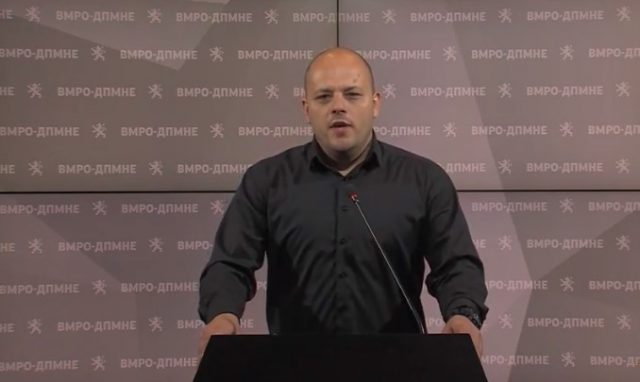 Prime Minister ZoranZaev paid 350 thousand euros in one year to freelancers in the Government, with which he could have bought seven ambulances, one of which could have saved the life of the shepherd from Kratovo who died in hospital, after five hours of being carried by a doctor, because there was a lack of ambulances at the moment, said VMRO-DPMNE MP Darko Kostovskiat a press conference on Wednesday.

“These 350 thousand euros, instead for Zaev’s freelancers, could have been spent for employment of medical staff, so maybe there would be someone to give oxygen to the woman who died in the hospital in Shtip, because there was no one to give her oxygen. 350 thousand euros is money with which tens of thousands of vaccines could have been procured, but instead they were spent on payments to SamkaIbraimoski’s son, SDMM president Marko Mihailoski, quasi-independent columnist PetritSaracini and other of Zaev’s apologists,” said the opposition MP.