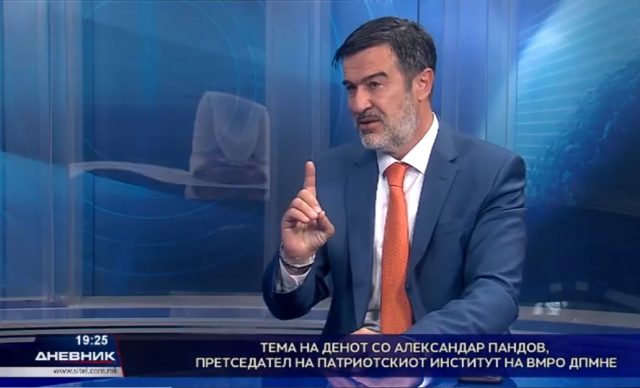 The ruling SDSM has really become a frivolous party and their manipulations no longer pass among the Macedonian citizens, said the President of the Patriotic Institute of VMRO-DPMNE AleksandarPandov on Saturday in an interview withSitel TV and pointed out that Sunday’s protest is an all-Macedonian protest participation of all citizens of Macedonia.

“SDSM has really become a frivolous party. Nikola Gruevski has been in Hungary for two or three years, as far as I know. This is an all-Macedonian protest. Tomorrow will be one of the most massive protests that took place in Macedonia. It cannot be organized by one person, nor can Nikola Gruevski from Budapest organize it,” Pandov stressed.

Pandov added that the entire rule of SDSM is based only on Nikola Gruevski, they came to power with a black campaign against him and to this day only say that, instead of doing something good for the citizens, to improve life, as promised before the elections.