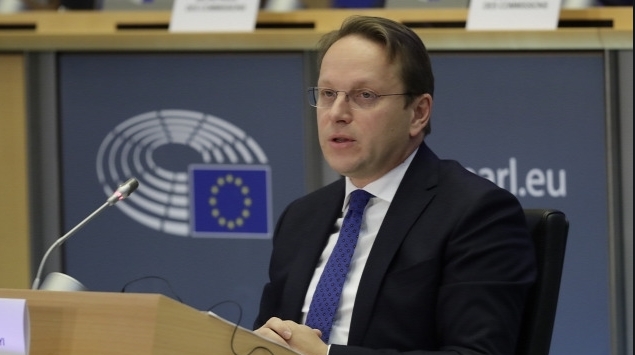 European Commissioner for Neighborhood and Enlargement Oliver Varhelyi said Tuesday after a meeting with President StevoPendarovski that it is important Skopje and Sofia find mutually acceptable solution for bilateral issues.

“[I] underlined support for official launch of accession talks and need for EU Council to agree on negotiating framework. [It’s] important that North Macedonia and Bulgaria find mutually acceptable solution for bilateral issues,” he tweeted after having a meeting with Pendarovski, who is paying a two-day visit to Brussels for talks with top EU and NATO officials.

On Tuesday, he met also met with EU Special Representative for the Belgrade–Prishtina dialogue and other Western Balkan regional issues, MiroslavLajčák, and European Commission Vice President and High Representative of the EU for Foreign Affairs and Security Policy, JosepBorrell.