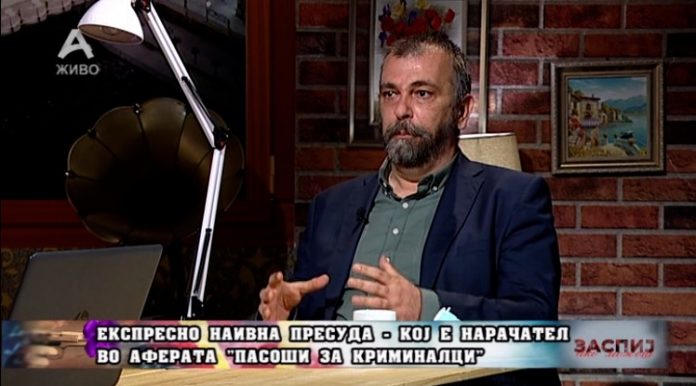 Former ambassador and MP Oliver Shambevski told a political TV show that the affair involving issuing fake passports negatively affected foreign policy of the country and stressed that a number of security mechanisms have been seriously compromised.

“This affects the foreign policy of the Republic of Macedonia, but even if you want the global security, network structure – it affects this as well. The issuance of these 215 passports seriously compromises a number of security mechanisms that function not only in our country and for the protection of our country but also of NATO partners of the entire structure of the Schengen area, etc.,” Shambevski said.

Shambevski stressed that this was a serious issue that will have ongoing consequences.

“In general, this is an extremely serious issue for which I am afraid there will be consequences. Now we are waiting for the resolution of this issue in the courts. Today we read that several of them have pleaded guilty, I am interested in reading the verdict as the judge explains his verdict,” added Shambevski.