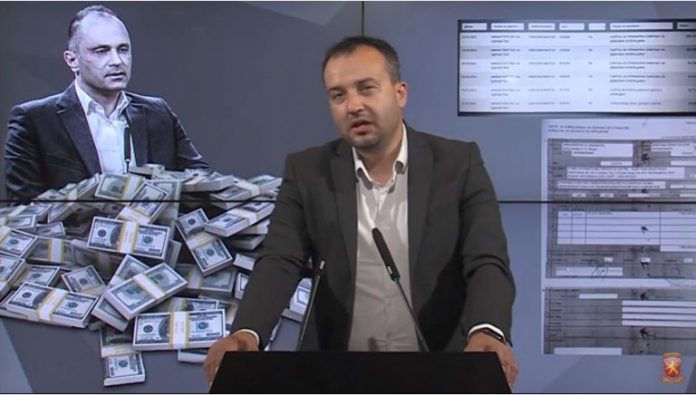 This is a document that proves that Venko Filipche paid an advance of 7,800,000 US dollars to the phantom company based in Hong Kong – Stabri International. The money was paid and deposited in the account of the phantom company, and this document is proof of that. The theses of the SCPC do not hold, which are obviously put in defense of Filipche that no advance was paid, but a guarantee was given, said VMRO-DPMNE MP Mile Lefkov at today’s press conference.

The opposition MP pointed out that the bank guarantee is a confirmation from a bank which proves that a certain entity has the payment power to enter into a certain agreement, and what Health MinisterVenko Filipche and Prime Minister Zoran Zaev did is a payment through a letter of credit, which was realized on February 15 of this year.

“Filipche paid an advance. Initial documents that came out showed that the total amount for 200,000 vaccines was around $ 12.5 million, which is a price of $ 62.5 per vaccine. And that is when the countries of the region and the world buy the same vaccine for 30 dollars, i.e. for twice less than that. Where should the difference end? It is enough to look at the prices of vaccines in the region and it will be easy to come to the conclusion that Filipche should have paid twice as much,” Lefkov said.