Home Macedonia (PHOTO) Tourists who fell into the abyss in Ohrid rescued – the... 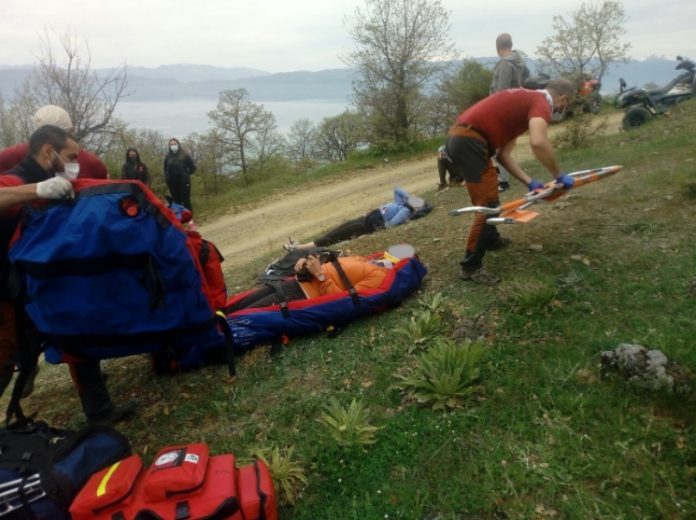 Тhe Mountain Rescue Service (MRS) was alerted yesterday around 11:15 by a group of domestic tourists, who were performing an adventurous Off Road tour with rented ATV vehicles, during which a vehicle with two passengers veered off the road and overturned into a ravine ten meters deep.

The MRS team immediately went to the field, and the operational center informed the SIA Ohrid and the Emergency Medical Aid.

The MRS team arrived at the scene of the accident at 11:30, where two people (male and female), both with polytraumas, were given first aid and according to the protocol for this type of intervention they were completely immobilized and transported by off-road vehicle to ambulances, waiting at the nearest access point. At 12:10 p.m. The two injured people were handed over to the IMP and transferred to further hospital treatment, according to the Mountain Rescue Service. 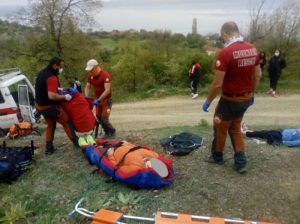 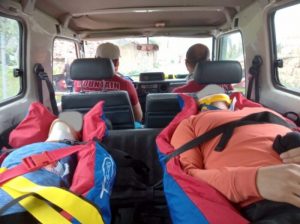 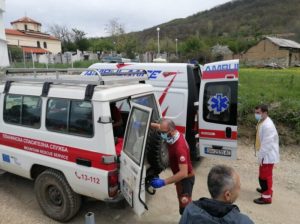