Home Macedonia Lefkov submits documents to the Public Prosecutor’s Office according to which Kovachevski... 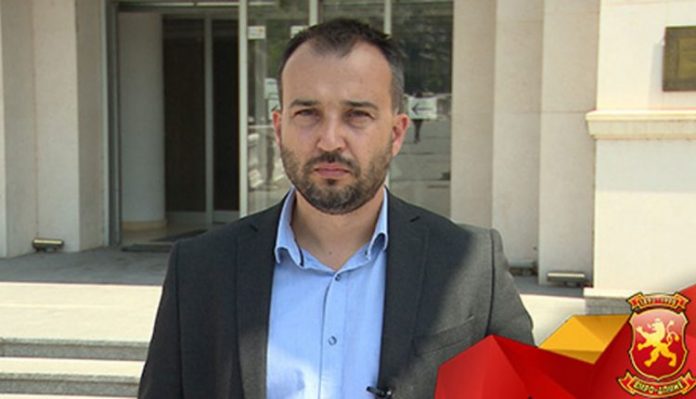 VMRO-DPMNE MP Mile Lefkov submitted to the Prosecutor’s Office documents which, according to him, prove the crime with state tenders in REK Bitola during the time of Vasko Kovachevski, and point to pressure and threats against businessmen Vasko Vasilev and Jani Radivchev, owners of Rubiton, for to cede the work for excavation of tailings that they won in a tender in favor of SV Invest or to give 250,000 euros in cash to Vice Zaev in Hotel Villa Park in Strumica.

“The whole case has been reported to the Ministry of Interior, and criminal charges have been prepared. Here it is… but according to our information, it has undergone changes in the Public Prosecutor’s Office or the Ministry of Interior, and the part where Vice is mentioned has been removed. Who, why and whether they did it and falsified a public report should be determined by the Public Prosecutor’s Office, just as the responsibility for the racketeers should be determined, MP Lefkov told Thursday’s press conference.

He explains that according to the documents, the saga and the pressure in order to extort money from Rubiton starts at the very conclusion of the agreement with REK Bitola. Rubiton concludes a contract for excavation of tailings in REK Bitola on 13.08.2018. On August 24, 2018, when they asked to enter REK Bitola on the mechanization, Vasko Vasilev received a call from the then director of REK Bitola, Vasko Kovachevski, to meet, which happened to her at the Hotel Epinal in Bitola. At the meeting, Kovachevski asked Vasilev to cede 50% of the work of SV Invest to Stojan Chifligarovski. To which Vasilev replied that according to the signed agreement such a request is inadmissible.