Home World Vucic: I don’t want to end up like Zaev with the Prespa... 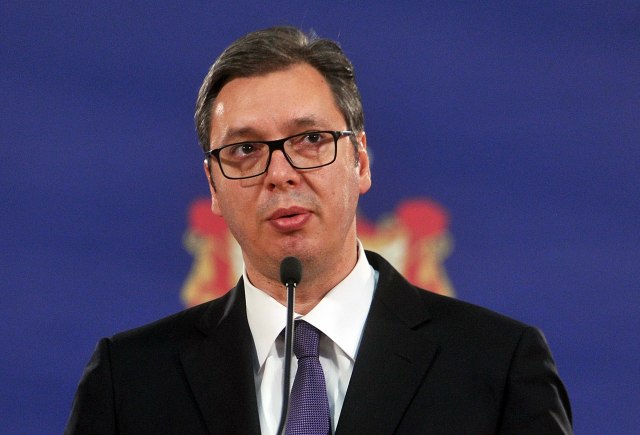 Serbia’s President Aleksandar Vucic says there is pressure from the West to recognize Kosovo. He says knows that if he does that he will only get a pat on the shoulder, he will be declared a visionary but in the end he would end up like Zoran Zaev, who with the Prespa Agreement changed the name of his country and did not get anything in return from the EU.

“They want to overthrow the whole of Serbia through Kosovo, and that is not far from the truth. They will tell you that the most modern politicians are the ones who will accept the independence of Kosovo and Serbia will get nothing. Or to get a nice story in the newspapers and end up like Zoran Zaev with the story of the Prespa Agreement. The man does not know what to do with himself because they do not want to open negotiations with his country. And I don’t know why,” says Vucic.