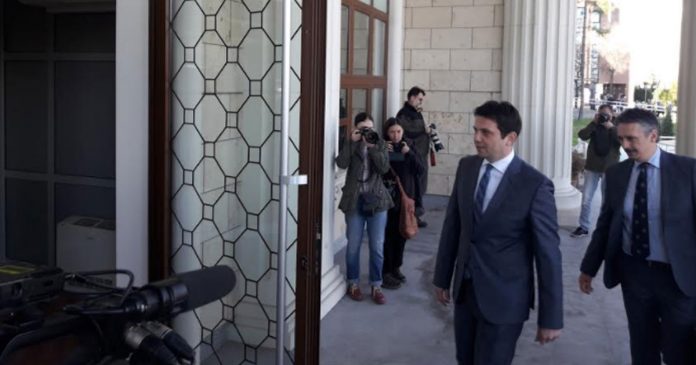 Electronic communication between defendant Mile Janakievski and the former Culture Minister Elizabeta Kanchevska-Milevska was presented at the hearing of the “April 27″ case on Monday.

The material evidence published by the Prosecutor’s Office for Organized Crime and Corruption covered the period from February 21, 2017.

Prosecutor Vilma Ruskovska started the integral reading of the messages between the defendant Janakieski and Kachevska-Milevska with a message sent to Janakievski by Milevska, “Mile, is there something new”, to which he replied, “no”.

In addition to the messages between Janakieski and Kanchevska, there is talk of artists from various cities in the country. Defendant Janakieski, in one of the messages to Kanchevska, complains about the sound of a protest in front of the Government.

According to the evidence read by prosecutor Ruskoska, the mentioned persons agreed that Vlado Jovanovski should address an event. Except for Jovanovski, they corresponded that celebrities and doctors should address these events. The discussions on this topic took place on February 27, 2017.

Part of Milevska’s demands from defendant Janakievski is providing whistles and trumpets. Apart from the electronic communication, as the evidence presented today showed, they also had meetings at the headquarters of the VMRO-DPMNE party. One of the messages between them says that “it is shameful that doctors and professors are not there”.