Home Macedonia Maas: EU needs to deliver on its promise to Skopje and Tirana 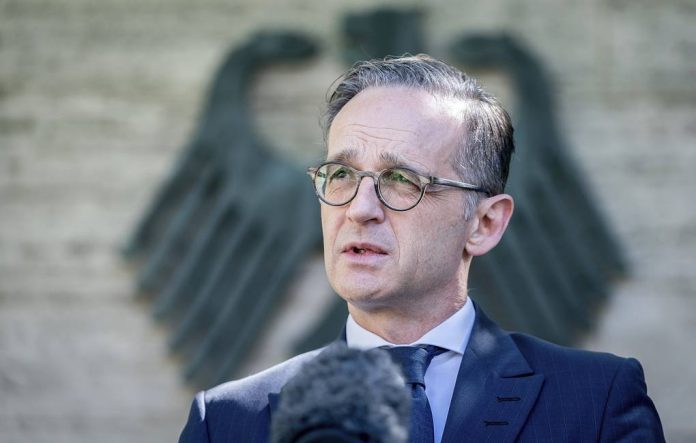 Тhe EU must deliver on its promise to start accession talks with North Macedonia and Albania, German Foreign Minister Heiko Maas said on Tuesday highlighting he understood the Western Balkans’ disappointment over the slow progress in the EU enlargement process over the past year.

The future of all six Western Balkan countries is in the EU, Maas said at an online meeting with Western Balkan foreign ministers ahead of the EU-Western Balkans Summit as part of the Berlin Process.

“If you deliver, we deliver as well. That has to be our approach to EU enlargement in the future,” he said, pointing out that Germany has fully committed to this goal.

According to Deutsche Welle, Maas urged the Western Balkans to strengthen the rule of law, step up their fight against corruption and organized crime, protect media freedom, and encourage democracy. This, he said, would attract more foreign investments, which in turn would create professional opportunities for young people and prevent their migration from the region.

“On the other hand, the EU needs to keep its promises, too,” Maas said, pointing to North Macedonia and Albania as examples of the EU’s unfulfilled promises.

He stressed that North Macedonia and Albania had made steady progress in their judiciary reforms and their fight against organized crime and corruption, and, with the Prespa Agreement, Skopje and Athens had demonstrated “historic political leadership.”

Calling for the immediate start of EU membership negotiations with North Macedonia and Albania, Maas thanked the Portuguese Presidency for keeping this issue high on the Union’s agenda.

He also said bilateral disputes should not have a place on the EU agenda. He noted that domestic issues could limit foreign policy.

“We understand that questions of history and identity are delicate,” he said. “But such bilateral issues should not hold up the entire accession process.”

During the online meeting with his Western Balkan counterparts, the German foreign minister announced that the EU will provide, in addition to vaccines, other medical and economic help for the region.