The Macedonian authorities, i.e. the Ministry of Interior led by Minister Oliver Spasovski from the ranks of SDSM, issued a passport to a man who openly threatened revenge against Serbia’s President Aleksandar Vucic.

On November 21, 2019, Radoje Zivkovic, nicknamed Zuti, number 3 in the Montenegrin drug cartel Kavaci arrived in Skopje. Although he was wanted on an international warrant by Interpol Podgorica for drug trafficking, at 9.45 am he entered one of the offices of the administrative services of the Ministry of Interior, applied for a Macedonian passport, took a photo and 5 days later took his Macedonian passport with a stolen identity of Mustafa Pojukov. The Macedonian police did not reveal his true identity until February 26, 2021.

According to Serbian and Montenegrin media, Radoje Zivkovic is the cousin of the leader of the Kavaci cartel, Radoje Zvicer, and Veljko Belivuk’s best man known as Velja Nevolja. A few days after the arrest of Velja Nevolja in early February 2021, Radoje Zivkovic sent direct threats to the party of Serbian President Aleksandar Vucic via Bosnian portal Provjereno. 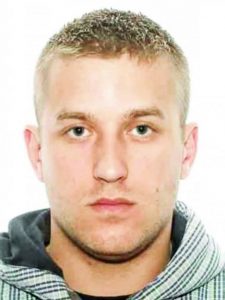