Home Macedonia Mickoski: Giving up is not an option when the goal is priceless,... 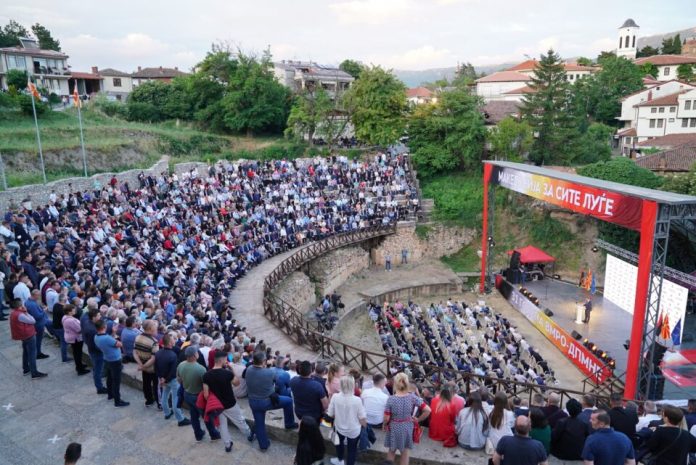 Announcing a turnaround, a new era in the functioning of VMRO-DPMNE, the party leader Hristijan Mickoski congratulated the 31st anniversary of VMRO-DPMNE. He says VMRO-DPMNE is a party whose basis is, as he pointed out, the care for our country, in every respect, national and social, cultural and economic.

Mickoski gave an answer to a question that was asked to him during one of his recent field visits to the municipal committees throughout Macedonia.

I received a seemingly simple but very complex question from a young man, he asked me what is VMRO for you? VMRO-DPMNE is the party that has always fought the hardest battles for its people, which has had deserved ups and downs, but also deserved defeats. Who learned from mistakes and rose like a phoenix from the ashes, because Macedonia needed her. The party suffered blows, strong blows, injustices, stigmatizations… but no one can say that she was not an avant-garde, a builder of modern trends, a bearer of the solutions needed by the people of Macedonia. And no one has the right to say that we did not fight for Macedonia. We have fought and we will fight, because Macedonia is our everything, Miskoski stressed in front of the audience at the Ancient Theater in Ohrid where VMRO-DPMNE celebrated the party’s anniversary.